A Recipe for Health – Salmon - I Like Mine Wild Thank You! 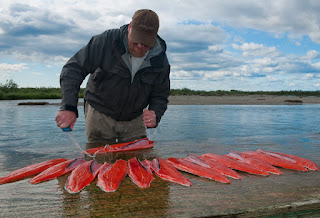 We all know that salmon is good for us. It is an oily, fatty fish that is a great source of the so called “good” fat or omega 3. It is also a good source of calcium and vitamin D. But, buyers beware when it comes to salmon because not all salmon is alike.

Ordinarily, I would say that eating wild Alaska Salmon is the best, but my experience is slightly different. I was raised in the outdoors of Maine. Much like Alaska people in Maine hunt, fish and gather local food for consumption. That means that food is usually consumed in season, fresh and local. My parents owned two homes. One on the ocean and one in-land near the lakes and streams. My father would fish for salmon and when caught we would have salmon fresh from the pure waters of New England for dinner that night. The taste and the texture was something you have to experience for yourself. To me caught fresh and cooked immediately is the only way fish should taste.

Times have changed and I now live in the City. However, I still eat wild Salmon and prefer it from the colder waters of Canada or Alaska. Wild Alaska Salmon may not be fresh from the water to the pan, but it is a better choice than farm raised.

I like my salmon poached with a side of dill weed and dill sauce. Dill weed is an herb that is an excellent source of antioxidants and essential vitamins and minerals such as vitamin A and C and zinc, folate and calcium, as well as a host of other vitamins and minerals.

Dill has all the characteristics to be consideredt as one of the most valuable functional foods. 100 g of dill weed provides only 43 calories, but its nutritional profile holds its own against other high calorie food source such as nuts, cereals and the meat group.

So when it comes to health step to the wild side and ask for Alaska wild salmon and a side of weed! Dill weed –that is! 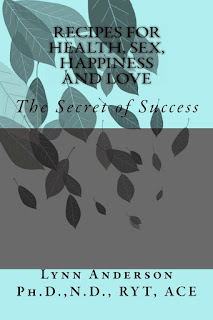 Posted by Doctor Lynn Anderson at 6:22 AM