A Recipe for Sex - the French Kiss 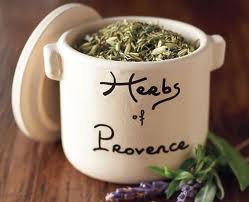 From my book Recipes for Health, Sex, Happiness and Love  - can be found on Amazon


A Recipe for Sex -- French Kiss


The French are known for many things among them the French kiss. It was the Greeks and Greek mythology that first invented the kiss of the tongues. Zeus became angry with Erato the muse of love and poetry and punished her by forcing her to kiss all men that she met with the tip of her tongue.  This wa a punishment that she distasted. Eventually she met and fell in love with a man who she lovingly kissed with the tip of her tongue. When their tongues met their souls were kissed. The French perfected this kiss and called it the “soul” kiss. Leave it to the French to drop themselves of the puritanical burden and perfect the art of a sexy kiss.


Besides French kissing and Paris, the French have Provence located in Southeastern France. It is home to many herbs among them lavender, thyme, basil and fennel. These herbs were picked fresh from the garden and used in cooking stews and to season meats and fish.


In the 11th and 12th Century, known as the Golden Age in Provence the troubadours broke away from the Latin influence and began to compose love songs and poetry of their own. The most famous troubadour was Folquet de Marseille whose love songs were famous throughout Europe and who was praised by Danti in the Divine Comedy.


The cuisine of Provence is a result of the warm Mediterranean climate although the terrain is rugged making it difficult to grow produce. Hearty vegetables, goats, cheeses and fish are stables of the diet. Bouillabaisse and ratatouille come from Provence.


The native drink is Pastis, liquor that is flavored with anise. But what does this all have to do with sex and French kissing? Just smell the fragrant air with blossoming herbs of thyme, basil, fennel and lavender. Each scent relaxes, invites and excites the senses. That’s why the French created Herbs de Provence, a mixture of these aromatic herbs to tempt the body, the mind and the soul. They touch the body with nutrients such as the B-complex and vitamins A, C, and D all known to support a healthy sex system. Fennel has been used to increase the libido in both men and women. Basil was used as a dusting powder to attract lovers because of its erotic scent.


All of these herbs, basil, thyme, fennel and lavender belong to the Labiatae family Labiatae herbs are culinary which indicate their affinity for digestive processes. The scent of these wonderful herbs is invigorating, stimulating, fiery and reawakening; making them an excellent combination for stimulating the sexual urges.


Herbs and their essence touch the soul in the same way a French kiss excites the tip of the tongue with a subtle force that brings the art of cuisine and love making to perfection.

Doctor Lynn
http://www.doctorlynn.com
Posted by Doctor Lynn Anderson at 7:12 AM